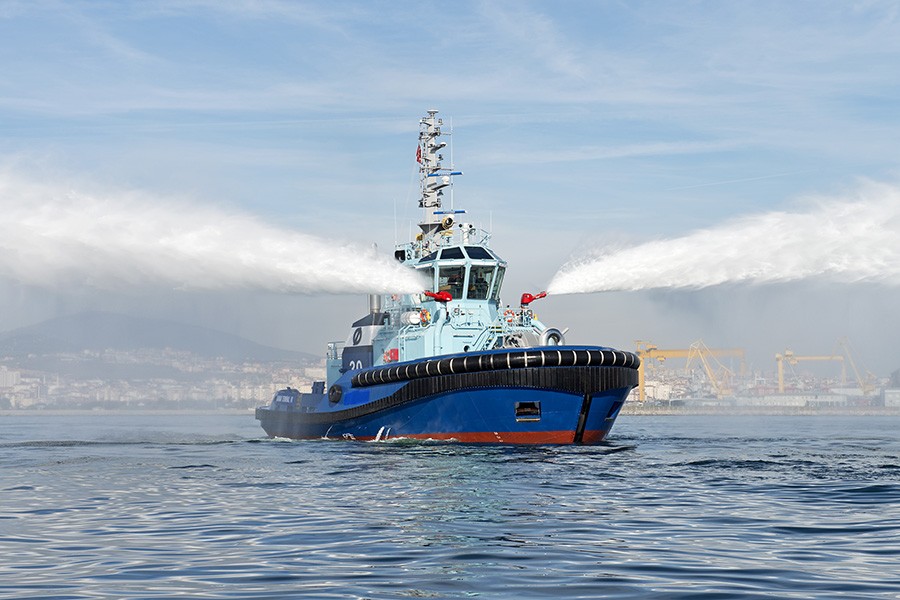 The newest vessel in the Solent Towage fleet, Lomax, works along-side the company’s other tugs, however this boat is unique in that it is their first to be equipped with the GPLink Remote Monitoring system. Originally GPLink was installed to provide real-time data and logs on fuel consumption for the vessel at the request of a major client. The GPLink system has proved so reliable that Solent Towage may be installing the remote monitoring and tracking systems on the remainder of their fleet of tugs and platform vessels.

Simon Axcell, Chief Engineer at Ostensjo Rederi and their subsidiary Solent Towage Ltd., has been very pleased with the capabilities and data that GPLink provides for their fleet, and relayed the following testimonial regarding their initial experience on Lomax:

We installed the GPLink system to overcome contractual difficulties with our main charterer, ExxonMobil. We were struggling to find a mutually acceptable means to prove the vessel’s fuel consumption when released for spot market work.

The GPLink system has met this requirement with such success that as of today, ExxonMobil has re-written their procedures to accommodate the GPLink reporting system. ExxonMobil are so happy with it that they have asked me to look into the feasibility of installing a similar system aboard the other vessels in the Solent Towage fleet.

Needless to say, we are also very happy with the performance.

Offshore services company Ostensjo Rederi has been delivering top quality marine services in the offshore and towage sectors worldwide since 1973, and they now operate a large fleet of various tug boats and platform vessels that service several industries. Their wholly owned subsidiary based in Norway – Solent Towage – provides tug services and tanker escort for vessels calling at the Esso Refinery Fawley in Southampton, United Kingdom. Solent Towage provides many services including fire-fighting, oil pollution control and rope running with their fleet vessels.